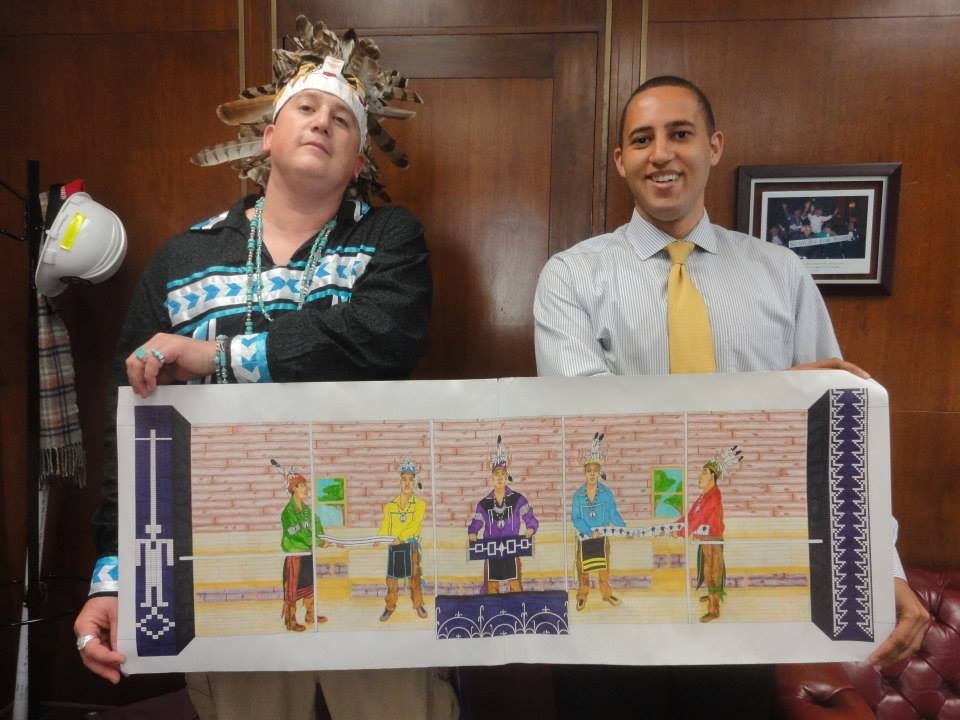 We collectively acknowledge that Tompkins County is located on the traditional, ancestral, and contemporary lands of the Gayogo̱hó꞉nǫˀ  Nation (generally known as the Cayuga Nation) one of the Six Nations of the Haudenosaunee Confederacy (sometimes referred to as the Iroquois Confederacy). Tompkins County was also home to the native nations adopted by the  Gayogo̱hó꞉nǫˀ ; the Saponinis and the Tutelos, who fled to this region in the mid 1700's, escaping colonization by European immigrants farther South. The History Center and all our programs occur on land that was cared for and called home by the Haudenosaunee for over 1,000 years, and the Indigenous cultures ancestral to the Confederacy for time immemorial.

We recognize and continually support the sovereignty of the native nations in this territory and beyond. By offering this land acknowledgment, we affirm tribal sovereignty and will work to hold the The History Center in Tompkins County accountable to American Indian peoples and nations. We recognize this to be a living agreement, and much like the George Washington Covenant Belt that was agreed to by representatives of the Haudenosaunee Confederacy and the United States government in Canandaigua NY in 1794, the "chain" of our friendship needs to be polished regularly to reinforce this community bond.

We are grateful to our community partners in the Gayogo̱hó꞉nǫˀ and other Haudenosaunee Nations for their support of The History Center in Tompkins County, and their ongoing collaborations with us as we strive to offer authentic programs and exhibits encompassing the full and true history of this region.

The History Center in Tompkins County has submitted this land acknowledgement to traditional Gayogo̱hó꞉nǫˀ leaders for their consideration and approval.  We will post a final version as soon as it is available.

Learn more about how to craft a Land Acknowledgement for your organization from: Land Acknowledgement Guide from IllumiNative; American Indian & Indigenous Studies Program at Cornell here; and Honor Native Land Virtual Resource Pack from the United States Department of Arts & Culture.

The History Center uses the spellings and terms for the Indigenous peoples of this region currently most in use by the traditional leadership of the  Gayogo̱hó꞉nǫˀ*. The previous common-place name used to represent the Six Nations, "Iroquois", is believed to be a gallicized (French-derived) word from a Huron/Algonquian word which translates to "Black Snakes" or "real adders". It is interpreted by some as a derogatory term used during a period when the Huron and Haudenosaunee were warring, and was not a term the Haudenosaunee used to describe themselves. Haudenosaunee translates to "People building an extended house" or "People of the Longhouse" and describes both the traditional structures the Six Nations lived in, and a representation of the original agreement of their Confederacy (Hiawatha Belt); learn more about the use of Haudenosaunee vs. Iroquois in this video from New York State Museum.

* Gayogo̱hó꞉nǫˀand Haudenosaunee are both words originating in the Iroquoian family linguistic group and may have subtle differences in pronunciation in different dialects. They may also be presented with a variety of spellings in Roman and Haudenosaunee alphabets. Here are some examples:

The Gayogo̱hó꞉nǫɁ People in the Cayuga Lake Region: A Brief History 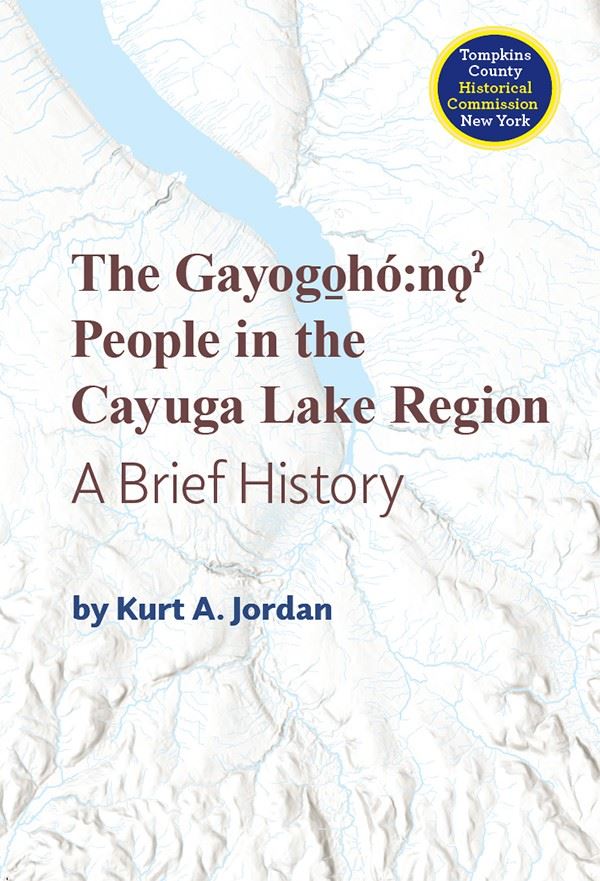 Published by the Tompkins County Historical Commission in 2022

Professor Kurt Jordan's history of the Gayogo̱hó꞉nǫɁ brings forward a part of the history of the Cayuga Lake region that had been formerly romanticized or forgotten altogether. It begins at the end of the last ice age 13,000 years ago, and traces the Gayogo̱hó꞉nǫɁ people up to the reoccupation of their traditional territory in 2003, and through current events through 2021. Jordan’s short (80-page) book is constructed as a Western-style history that relies mainly on the written record, archaeological evidence, and some community-based oral histories that Gayogo̱hó꞉nǫɁ people shared with him. Readers will think differently about ancient history, recent events, and the landscape of the region after reading this book. Kurt Jordan is Associate Professor of Anthropology and American Indian and Indigenous Studies at Cornell University. He currently directs Cornell's American Indian and Indigenous Studies Program (AIISP). Jordan has studied the archaeology and history of Indigenous peoples in the Finger Lakes region in conjunction with members of the Hodinǫ̱hsǫ́:nih Nations since 1999.