modeled after Celia's pet cat Caesar Grimalkin. Celia designed the toy to be an easy sew your own project with only three panels, and Charity painted the original likeness.

Celia and Charity sent their design to the United States Patent and Trademark Office and the "Tabby Cat" was officially patented on July 5th and October 4th 1892. Arnold Print Works in Massachusetts bought the pattern and sold the Tabby Cat print to toy shops and department stores across the United States, and even in Europe and South America.

The Tabby Cat was such popular toy it was displayed at the Worlds Fair in Chicago in 1893 along with four toy Tabby Kittens that Celia and Charity designed and patented in the fall of 1892. In addition to selling millions of copies worldwide, the Tabby Cat toy has inspired poems, songs, children's books, and films.

The History Center began re-printing and selling the toy as a sew your own kit in the 1970s. In 2017 volunteers found a picture of Caesar that showed clearly showed his seven toed front paws, and the toy was re-designed so the bottom panel would have authentic polydactyl paws.

The History Center in Tompkins County · The Ithaca Kitty 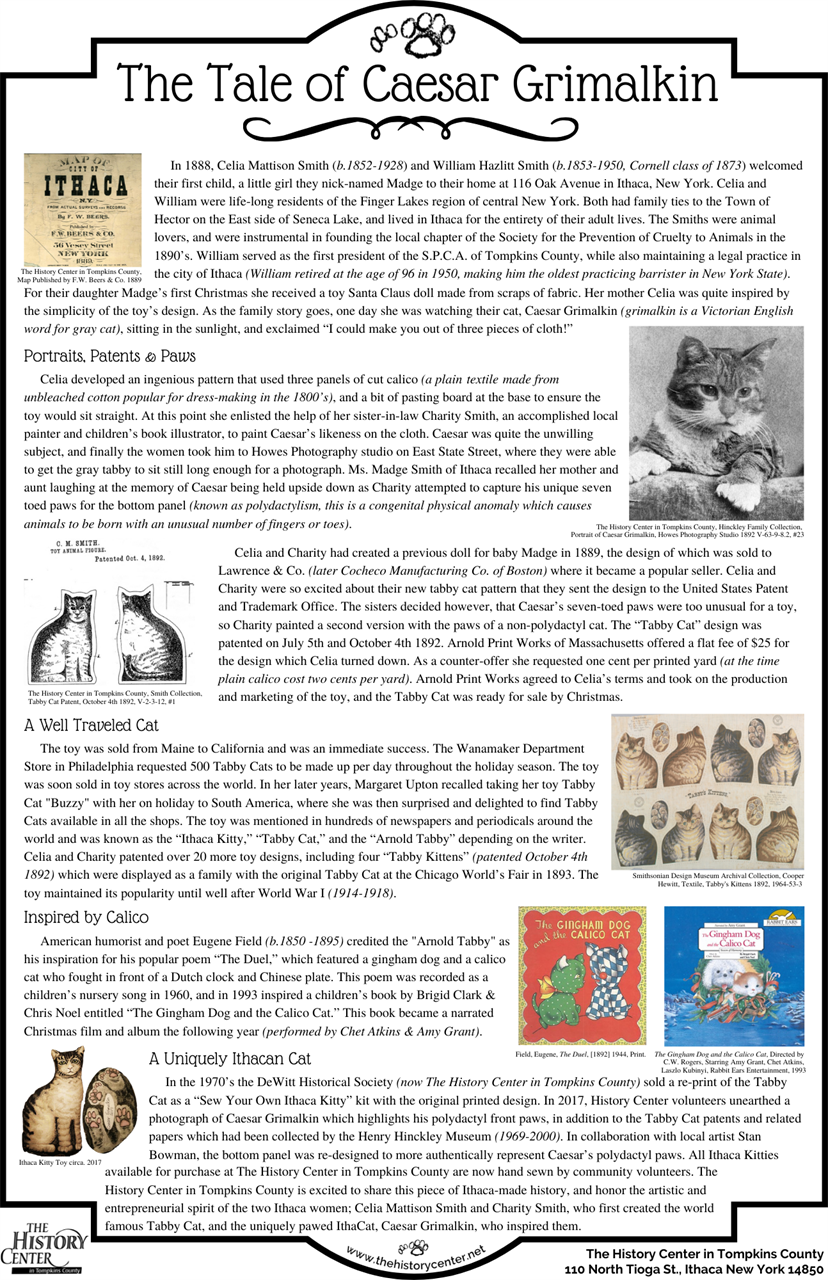 WICB · What is the Ithaca Kitty?