In 1973 the Society moved from the old courthouse to the recently restored Clinton House (thereby tripling it's public space), and hired its first professionally trained director. Since then, the Society grew steadily; mounting several temporary exhibitions a year, and publishing articles on local history. During this time it refined it's collection policy to more accurately reflect the Society's original focus on Ithaca specific materials, to Tompkins County history more broadly. In attempting to do a better job of interpreting local history, the Society in the late 1970's and early '80's chose several areas of archival concentration: immigration, county artists, businesses, occupations and industries, and 20th century social history. 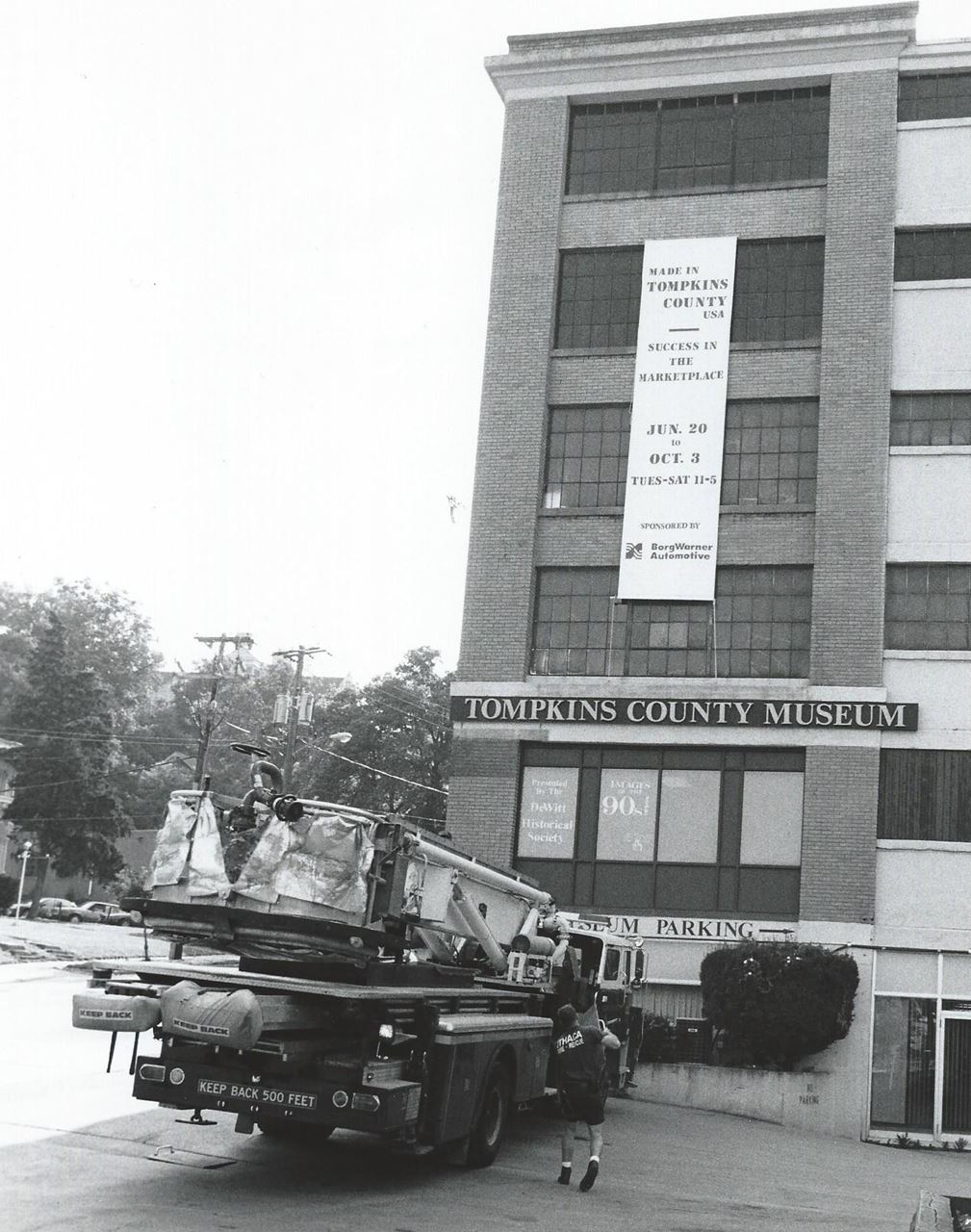 (now known as the Gateway Building) at 401 East State St. From 1992-1993 this space was completely renovated to serve as a museum and exhibition space. Doors opened to the public on March 19th, 1994.

After more than two decades at the Gateway Building on East State Street, The History Center in Tompkins County relocated to the brand new Tompkins Center for History & Culture (110 North Tioga Street) on the Ithaca Commons. A heritage tourism center which opened to the public in May of 2019 with 11 partner organizations in the building. The building had been the former home of Tompkins Trust Company for many decades and was fully renovated to create unique spaces for each of the founding partner organizations.